6 Different Ways To Trap A Fish

The 6 metal, killer fish traps that are the subject of this article are some of the author’s favorites that he has collected over the previous 25 years. Three of these traps are patented, while the other 3 may have and could have been, because of their unique design, but if so, their letters of patent have not as yet been found. 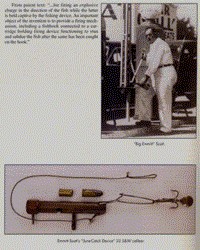 A new subject that deals with an historical aspect of fishing in the United States has just come to light. It is contained in a book entitled Spring-Loaded Fishhooks, Traps and Lures. The book deals with the evolution of mechanical fishhooks and metal traps meant to capture and/or kill fish, including one interesting lure, which shot a bullet!

The majority of these devises were patented and manufactured in some quantities, several dating back to before the Civil War.

While some of these inventions had but a single additional hook to strike the fish, others had multiple striking hooks.

Some fish traps as the one shown here were designed to have jaws with multiple teeth protruding from them. 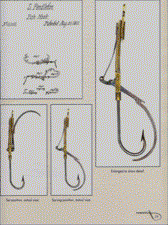 Spring-loaded fishing lures are also covered in this book. These lures were mainly designed to have hooks concealed in their bodies, which would only expand outward when struck by a fish. In this construction these lures would be practically weedless.

OWAA member and co-author of this new book Bill Blauser was a guest on several outdoor radio and television talk shows in the past few months, all of which were received with enthusiasm. The hosts agreed the subject and book, as well as Bill’s animated commentary, made a great show. All outdoorsmen, whether avid fishers or not, are fascinated by this book.

Member and talk show host Dan Armitage in Ohio, whose radio show Mr. Blauser was a guest on, said to use his name as a reference anytime.

Bill Blauser may be reached by email at [email protected].

Please forward this email to any sportsmen you know. I assure you they will appreciate it. 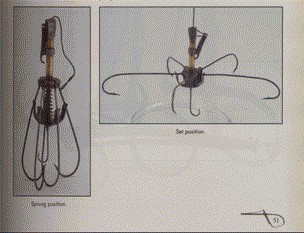 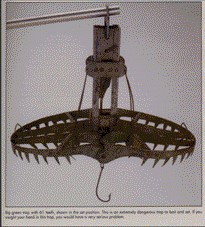 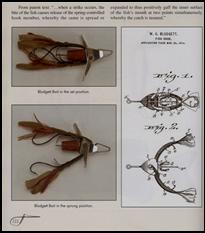